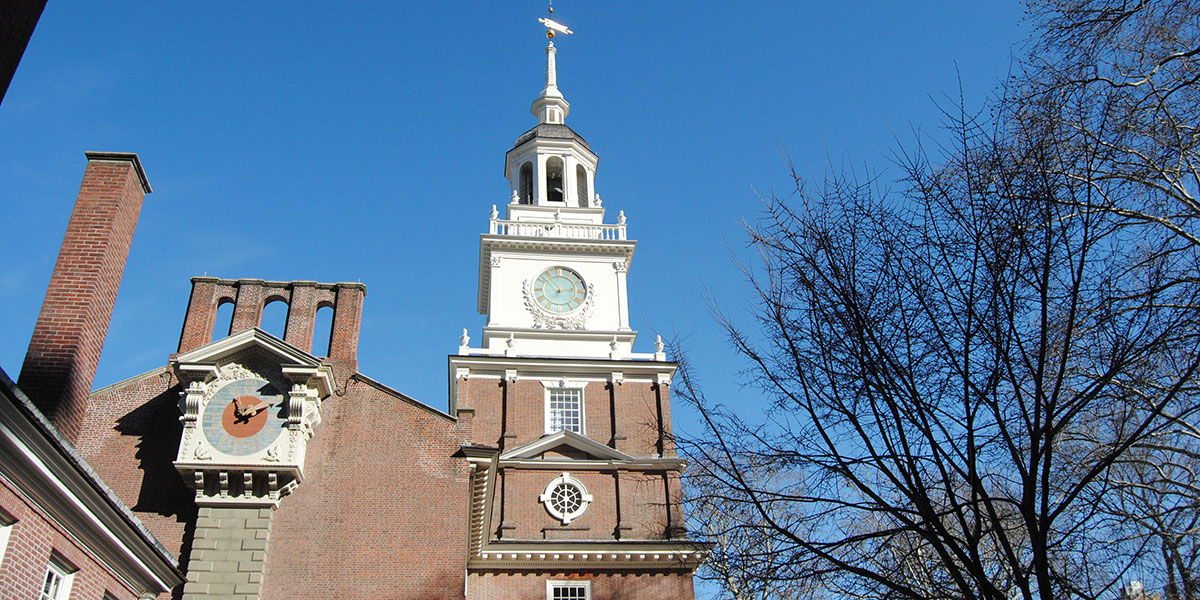 Fathers or those who fought in the Revolutionary War, or even those alive in 1776.

The revolutionaries include U.S. citizens living in 2013.

In conversation with Neil Ronk, the senior guide and historian for the Christ Church, the church of Benjamin Franklin, George Washington and other founding fathers, the excitement of a new nation is still upon us.

The characters of our history books and our founding document come alive as Ronk repeatedly said, “We are revolutionaries.”

Our founding fathers were humans just like us, and dealt with issues many Americans continue to face, such as children.

The father-son relationship was strained and the two’s differences caused a break in their relationship.

The strain may have begun when Benjamin Franklin forced his son to assist in the famous electric experiment with a kite and key in a storm, but the most difficult issue was the revolution causing a divide that never mended.

Benjamin Franklin loved his daughter, but was not pleased that she chose to marry Richard Bachle, who he believed was far from deserving his beloved daughter.

After the Bachle’s children, there have been only 10 generations in the United States. The babies born bear the honor of this milestone of the nation, according to Ronk.

How can this be accurate?

When the years become real and understandable, the young age of our country is seen.

Our country’s government was experimental in the first decades, and continues to be an experiment.

We are the first nation in the world to have a government with such liberties and protections offered to all of its citizens, and we still are under the scrutiny and watch of other countries throughout the world.

Experiments are not perfect, and neither is our Constitution.

Experiments are repeatedly changed and amended, just like the Constitution.

Originally, the rights the Constitution so proudly protected were only for a select group of Americans.

The founding fathers debated heavily on the exclusion and slavery of African-Americans, only to exclude them from protection and counting each individual as 3/5 of a person.

“I long to hear that you have declared an independency — and by the way in the new Code of Laws which I suppose it will be necessary for you to make,” Abigail Adams said in a famous letter to her husband, John Adams, in 1776. “I desire you would Remember the Ladies, and be more generous and favourable to them than your ancestors.”

The ladies were not remembered in 1786.

Abigail Adams warned that exclusion of such fundamental rights would cause a rebellion, and history proved her correct.

After much struggle, the Constitution abolished slavery in 1865 under the 13th Amendment.

In 1870, all men, regardless of race and social status, were granted the right to vote. In 1920, the 19th Amendment was enacted, finally remembering the ladies.

Amendments continue to be added to our Constitution, adjusting the government that originated in 1786,  in order improve the United States of America and keep the government strong.

Our nation is still young, and as revolutionaries it is up to us to protect the experiment so the country may grow stronger and endure throughout the years.

During the argument and formation of the Constitution, the decoration of a sun on George Washington’s chair caught Benjamin Franklin’s attention.

From his seat, Franklin debated with himself whether the new country was a rising sun or a setting sun, eventually deciding on a rising sun.

The United States continues to be a rising sun, but it is up to the modern day revolutionaries to see the sun continue to rise, and never set.