Written by MBU Timeline on February 4, 2021. Posted in Broadcast

Written by Jason Harman on January 27, 2021. Posted in Media

While COVID-19 has been a major issue worldwide for over a year now, the burden it has placed on sports is hard to put into words. Whether it is athletics in junior high, high school, college or professional sports, COVID-19 has ruined countless games, seasons and careers. No one likes it, or thinks it’s fun, but in order to keep people safe and healthy the precautions that are being taken are helpful, as illustrated in this Photo Gallery spotlighting MBU volleyball during the pandemic. 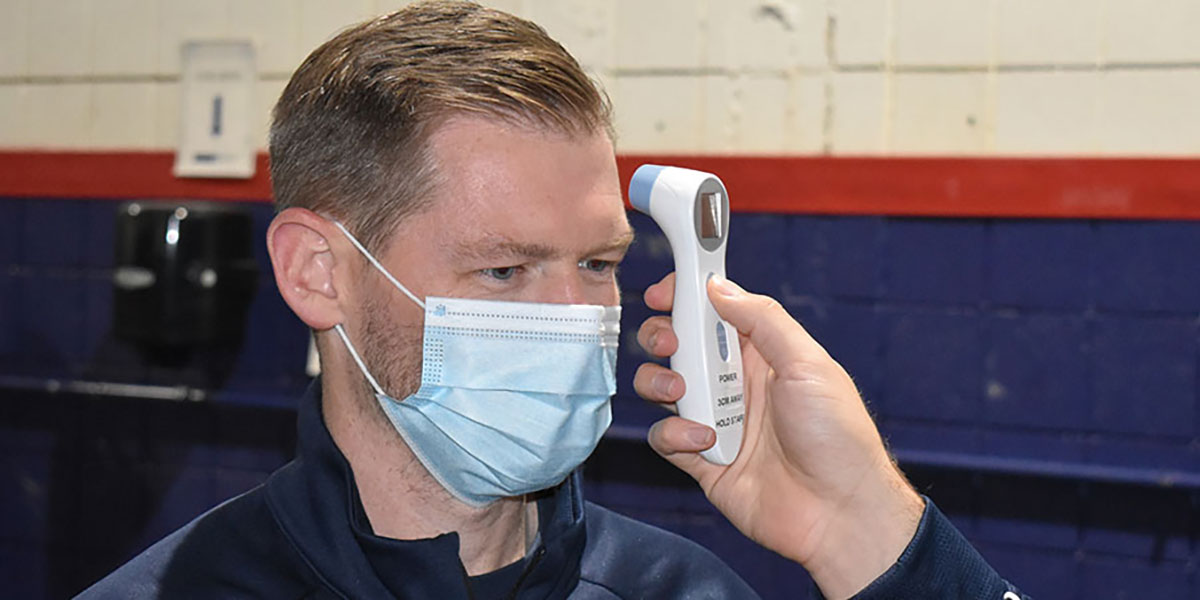 Tom Young, head men’s volleyball coach at Missouri Baptist University, gets his temperature checked before workouts and practices, as part of the routine protocol so many coaches and athletes are going through each day.       Photos by Jason Harman 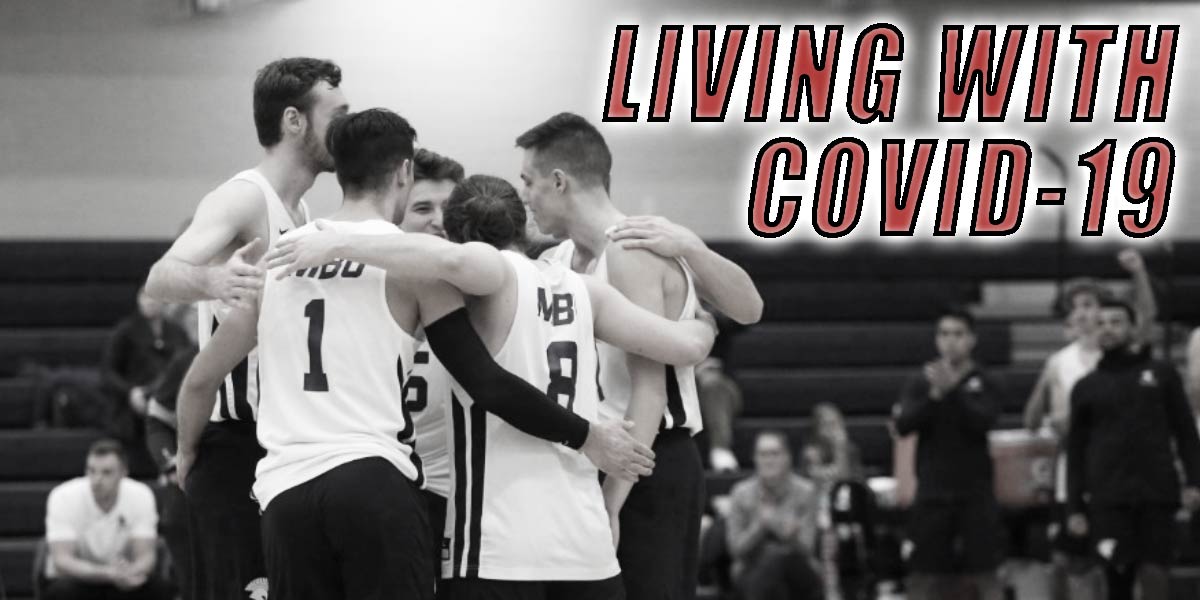