Do they Really Serve French Flies? Remember a Funny Memory

Written by Cassie Nesbit on December 3, 2014. Posted in Opinion

To recall something from the past involves leaving a lot of information behind. However, there is always a reason or feeling behind what we do remember. 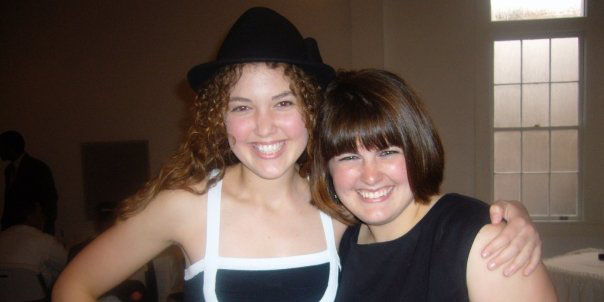 It’s funny what we actually remember in a story.

I don’t remember the make of the car, what part of town or where we were going.

But I do remember this: where our car was parked, who was in the car and the conversation we had.

Mom turned off the car, unbuckled her seat belt and opened the driver’s door as she was about to go inside McDonald’s with Erica, my oldest sister in the passenger seat.

I got Mom’s attention before she left.

“Can I have some french fries when you’re in there?” I said.

“Yes,” said Mom, and the two walked toward McDonald’s entrance as I sat in the car.

I couldn’t tell you what I was doing while I waited, but I will tell you exactly what happened when Mom and Erica came back.

Both sides opened and the two sat down, distributing their purchases among the front two seats.

Nothing was passed to the back.

“Where are my fries?” I asked before Mom could start the car.

Mom looked at Erica, and my sister said, “There were no french fries. There were only french flies.”

The thought came to mind of fairies dressed in hats and striped vests only found in Paris flying around floating Eiffel Towers.

“There were only french flies,” said Erica again. “Flies covered in grease.”

Then a less pleasant picture came to mind of grease-coated flies covering the warmer next to the drive-through window (where most warmers are located).

“Gross,” I said. “Do people actually purchase that?”

Erica begins to laugh and takes this gullible opportunity to expound on her story.

“Yes,” said Erica. “The french flies were everywhere and customers were eating them as they flew by. We knew you wouldn’t like them.”

There was no way I would have ever tried fried flies.

I accepted that ludicrous story as truth at the time.

It was not until a few months after the trip, I asked Mom if that story was true.

“No,” said Mom. “We just forgot to order french fries.”

I don’t remember what make the car was, what part of town we were in or where we were going.

But I do remember the parking lot, who was in the car and the conversation we shared.

Now, when I ask Erica if she remembers the time she told me there were only fried flies at the McDonald’s she can only respond one way.

“I do not remember that,” says Erica.

It’s always funny what we remember in life.