Written by MBU Timeline on September 8, 2014. Posted in Opinion

The reactions from the MBU student body are catalogued in the Communications Department’s Basic Reporting and Writing for Journalism class. 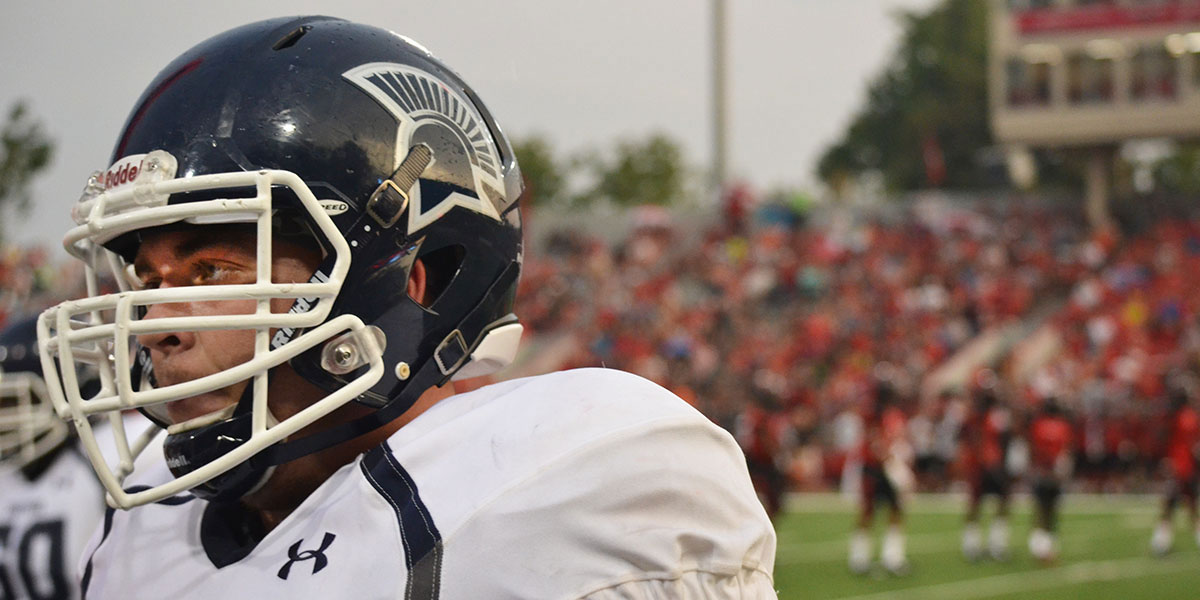 I believe the introduction of a football program at MBU will be nothing but beneficial to the athletic program and the university.

In regard to the athletic program, adding a football team will make more scholarships available for both men and women.

Additional scholarships will allow coaches to recruit more athletes, increasing quantity and quality of the programs.

The university will benefit as a whole because a football program adds a sense of school spirit to the campus.

Students will be able to join together, attend games and come together for something we all have in common.

I am somewhat excited about having football at MBU. I am looking forward to the home games that we will have this season.

I am excited to have a football game for Homecoming this year.

The team will need a lot of practice to compete in the NAIA, but I have high hopes for them.

To the coaches, good luck in your first season. To the players, go hard or go home.

The team has been working for the last six months to develop and strengthen their techniques.

Attending this university during the inaugural season is truly history in the making.

Having a football team during the university’s 50th anniversary has brought the school to a whole new level.

Cheerleaders, dancers, fellow students and parents are all coming together to cheer on the inaugural season. Also, the university’s attendance and athletic participation have increased.

The buzz of collegiate football is in full swing.

Football, tailgates and pumpkin spice lattes are the definitions of fall for most college students.

The 50th anniversary of MBU brings more than just a year of reminiscing. This is the inaugural year for Missouri Baptist University football.

School spirit is at an all-time high for Spartans. Sports seem to have better game attendance, all thanks to adding this popular fall sport.

As the football team continues to play this season, Missouri Baptist University will be standing behind them.

To the football team from MBU, “Let’s Go Spartans!”

I am enthralled about the new football team. Not only does it build our university’s reputation, it enhances our student body.

Upon those concepts, we also have new additions to the weight room.

These plays keep the atmosphere competitive and encourage us to work hard once we hit the weights.

I enjoy having these new athletes at the school, and I’m happy our university has a new program to represent us.

Football, the least manly of the proclaimed manly sports, has infected the MBU campus with its pride-filled BS (Bacon Steaks).

Over-exaggerating aside it is not that terrible of a sport, it does come with a few benefits, but needless to say I would rather invest my time in a few other sports.

The popularity of football could bring in lot of attention to the Missouri Baptist campus, assuming a few wins come our way. Unless David is going to beat Goliath every week, though, let’s be realistic.

Coming from a campus with a losing football team (Missouri State University) and bad tailgates I learned my lesson to keep the attention on the sports that can win and people can get emotional about rather than keeping a feeling of consistent defeat.

MBU, being a sports school, it could be detrimental to its economic infrastructure to shift the attention to a likely losing team.

If people lose interest in other sports watching football, and eventually get tired of that, then revenue won’t be coming mainly from sports anymore.

The new football team on campus has brought new life to MBU.

Even though they lost their first two games, there has been nothing but pride in the men that played for this university and the way that they conducted themselves.

The campus has been injected with a new sense of energy and a real university feeling.

The amount of students has increased, as has the sense of pride in the university.

As the football team improves and home games start, the community of this campus will continue to grow and develop.

I think the new MBU football team is a great addition to the school.

It brings more people to the school, which means a better campus and bigger campus.

I would love to have another team to support. If we support them they will support us.

Now their first losses were bad, but they will learn from them and get better.

Scores like 77-0 and 42-10 are big losses, but they are confidence builders, which mean wins.

This week the MBU football team has a game and let’s get this win and bring one home.