Written by Chelsie Bartley on October 21, 2015. Posted in Opinion

In a time when there is civil discourse running rampant and no one can seem to agree on anything, a piece of history is only causing a greater divide. 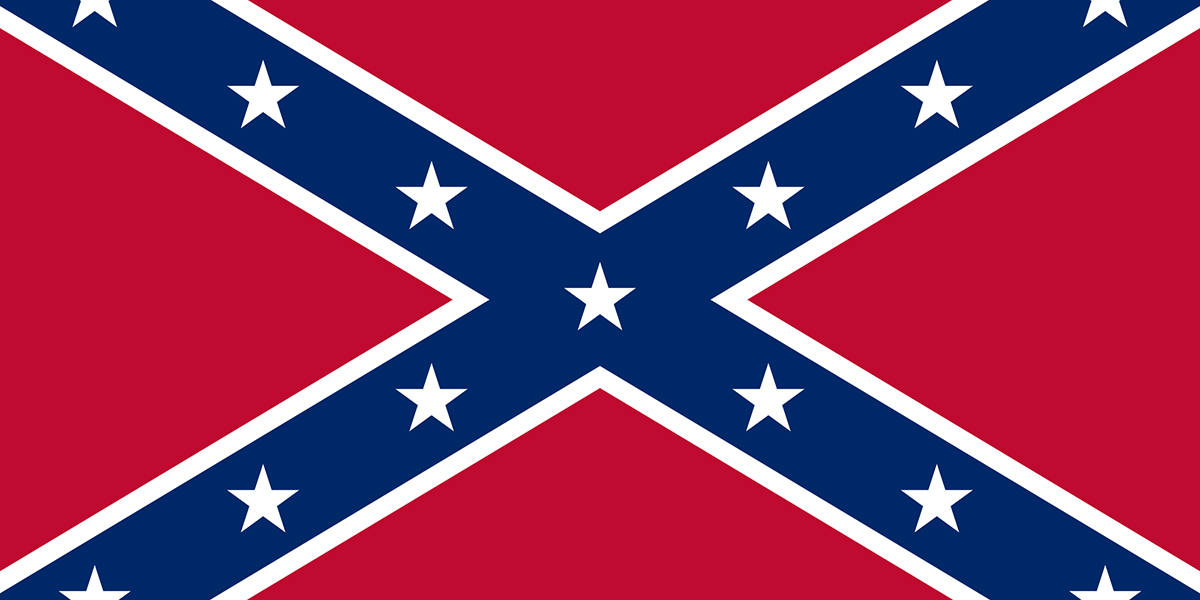 The Confederate flag has been a source of discord among Americans for over 100 years.

I find myself in the middle of these opposing viewpoints, having never been directly affected by racism.

My original intention for writing this column was to express why we, as a nation, should stop flying the Confederate flag.

It seemed simple: the flag is offensive and shouldn’t be used any longer. In fact, this week the University of Mississippi quietly removed the state flag — which included a Confederate emblem in the top-left corner — down from its position of prominence on the Oxford, Miss., campus.

However, as I started my research, my viewpoint changed.

I still believe the flag should be taken down, but now my reasoning is a little more historically solid.

In order to fully assert my opinion, I think I need to give a basic history lesson that I’m willing to bet many have never been taught.

The history of the Confederate Flag:

The first Confederate national flag was designed in 1861.

It was the original “Stars and Bars.”

It featured two large red stripes above and below a large white stripe and a blue square in the upper left bearing a circle of stars equal to the number of states who were in the Confederacy.

This was the official flag of the Confederate States of America for the first two years of its existence.

Believing the first Confederate national flag held too close of a resemblance to the United States flag, William T. Thompson designed a second flag to more accurately display the mission of the Confederacy.

“The Stainless Banner” was the official second Confederate national flag.

This flag was comprised of a white field with the union jack in the upper left, the white field representing the “supremacy of the white man.”

W.T. Thompson said in 1863, “As a people we are fighting to maintain the Heaven-ordained supremacy of the white man over the inferior or colored race; a white flag would thus be emblematical of our cause.”

Then, in 1865, the third and final Confederate flag was designed.

“The Blood-Stained Banner” was very similar to the second Confederate flag only with an added red stripe that ran vertically down the right side of the flag.

This distinctive feature was added because the white field on the second flag was often mistaken for the white truce flag.

This flag was the final flag of the Confederacy as the CSA fell within a month of its design when the Union won the Civil War.

An important distinction that needs to be made when it comes to these flags is that none of them are what is now considered to be the flag of the confederacy.

The Southern Cross was simply a battle flag.

It was never a national flag of the Confederacy but rather was carried into war by several armies at that time, including the Army of Northern Virginia and the Army of Tennessee, and was also used as a Naval Jack by the Confederate Navy.

It represented military entities, not a civil government.

It seems the myth of the Southern Cross being the official flag of the Confederacy was perpetuated by a lack of education and the erosion of historical accuracy due to time.

So, why does this information change my point of view? Because they’re undeniable facts.

But here’s another fact for you: the Civil War is a blemish on the history of the United States.

After fighting for their own freedom from Great Britain, the founders and citizens of the United States enslaved millions on the foundation that they weren’t actually people.

It’s because of that, this country, who fought so hard to be separate from Great Britain but indivisible itself, fell into the pit of war.

The Civil War was a time when we were at war with each other.

So, why do I think the Confederate Battle Flag shouldn’t be flown in the same air as our beloved Stars and Stripes?

It’s ultimately a symbol of our division. It separated us during a time of war.

Today, our flag is a symbol of our history and our unity, bearing both 13 stripes for 13 colonies and 50 stars for 50 states.

It knows no race, orientation, gender or class.

While I think it’s important to never forget the sins of the past, we can remember them without flying a flag.

In a time where we are more fractured than ever, separating ourselves into categories and cliques, we need one less reason to be divided.