How Far is too Far in Freedom of Speech?

Written by MBU Timeline on January 13, 2015. Posted in Opinion

In light of the recent terrorist attacks on various news sources around the world, MBU Timeline speaks out about the safety of our fellow journalists and the ethics of religion and cultural differences. 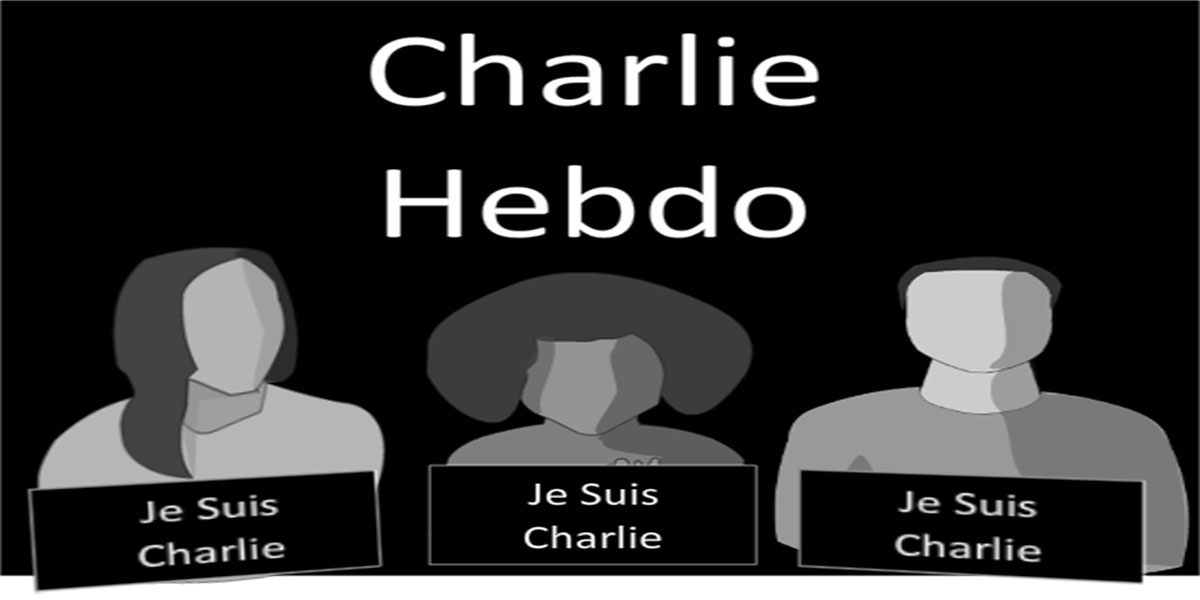 “An attack of this nature strikes at the heart of the very freedoms that the press in France so passionately defends,” WAN-IFRA CEO Vincent Peyrègne said following the Jan. 7 massacre that killed 12 people, including eight journalists at a French satirical newspaper.

Looking back on the year, Time magazine reported 66 journalists were killed in 2014 because of their identifications as journalists,  with another 178 media workers imprisoned globally.

Journalists in the United States of America are safer than those in the rest of the world, but this brings up the ever-present question, “Why is this happening?”

This issue has been brought to the public eye by ISIS activity and the most recent Charlie Hebdo shooting, whose world-famous editorial cartoonists were among the 12 killed when terrorists stormed the newsroom last week, because of an editorial cartoon featuring the Prophet Mohammed.

French President Francois Hollande has spoken on the issue.

“This is a difficult moment for France,” Hollande said. “We have prevented several attacks. We knew that we were still under threat because we are a country that cherishes freedom.”

The question regarding this situation should be: How far is too far when your freedom of speech impedes on someone else’s freedom of religion?

On the Charlie Hebdo website, one phrase is available to the public.

“Je suis Charlie,” which translates to, “I am Charlie,” is written in white font on a black page.

Supporters across the world are using this phrase to show they stand with journalists.

The key word in this movement is “solidarity.”

Were the French journalists wrong to post the controversial caricature of the most sacred figure in Muslim culture?

The answer to that depends on your side of the story, but clearly Charlie Hebdo took this too far.

Yes, the newspaper is openly satirical, however, that does not give its writers and editors the right to rudely bash anyone they want and expect no hard feelings.

Obviously, a terrorist attack is too far and honestly, it’s sickening, but when it comes to your fellow man, are insults and satire the best way to get your point across?

Satirical publications such as The Onion and Charlie Hebdo use cartoons and outlandish statements that are really just a controversial tapestry woven with bits of truth here and there.

Journalists find this type of satire to be quite different from actual nitty-gritty journalism.

Our feelings and emotions can not be turned off toward inappropriate remarks by a simple statement.

Journalists need to realize their power in controlling uprisings.

By being respectful of other religions and cultures, journalists can be a voice in bringing peace instead of hate.

There is a line of both respect and safety that should not be crossed.

Journalism, when done well,  is respectful, with boundaries and rules. According to the WORLD Journalism Institute, an advocate for journalists who proclaim a Christian worldview, our best work emphasizes “factual accuracy and journalistic humility.”

The world is becoming a smaller place with more pronounced opinions.

As Americans, we have Freedom of Speech protected by the First Amendment of the Constitution, a freedom that is often the envy of journalists worldwide.

France is a country that recognizes similar press freedoms, and some of its journalists have learned that with this freedom comes great responsibility.

When will we learn that being respectful and considerate to others is always the right way to address differences?

Journalists are crucial in presenting facts and delivering news that informs the populace. However, much of the tension in the world today is brought on by journalists who cross that line and stir the ever-boiling pot of emotions and opinions for reasons of instigation more than enlightenment.

What action can we take to solve this issue?

The answer is simple: Respect one another and be considerate of others’ feelings.

This generation has become so self-centered and as we learn from a young age this only brings unhappiness, as demonstrated by recent times.

“Be kind to one another, tenderhearted, forgiving one another, as God in Christ forgave you,” Ephesians 4:32.

With all eyes on Paris, it is time that, globally, journalists and citizens alter their actions and become the “solidarity” for civil discourse and respectful purveying of opinions.

The families of the victims and those who witnessed what they will never be able to unsee deserve the world’s condolences.

The attacks in France were unspeakably horrible and the threats that are happening to news sources all over the world will not be easily forgotten, but there is one thought left lingering, is the pen really mightier than the sword?

To see what other MBU Timeline writers are saying about this topic, visit this blog.