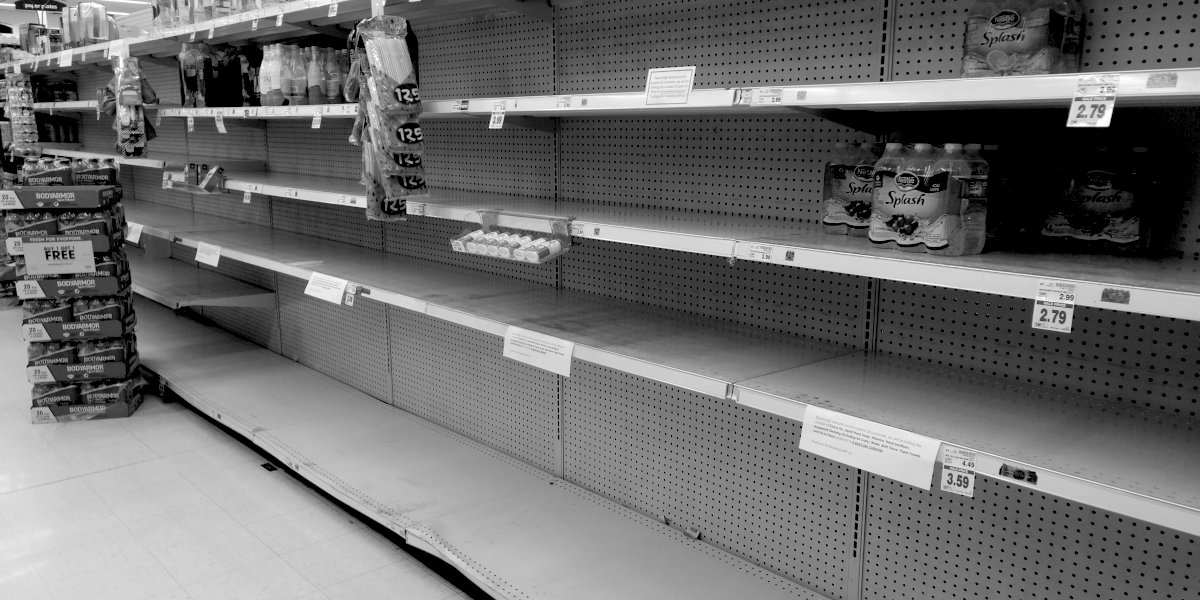 The coronavirus taught us not only that dangers don’t have to be visible, but also how quickly “normal” life can be overturned from one moment to the next.

Empty airports and grounded airplanes became the emblem of global distancing. Instead of importing and exporting, countries were now forced to switch to autonomy.

Many cultures were threatened in the early stages of the pandemic with shortages in food supplies and the production of protective masks for hospital staff and the people.

For the first time, it became clear that autonomy had been underestimated far too much in the past.

If we dare to take a look into the future regarding self-sufficiency and autonomy, countries will likely continue this trend and expand it.

Governments around the globe realized that an autonomous state is not just better prepared in crises, but at the same time boosts their own economies, creating new job opportunities. Beyond that, supply chains are kept short so that even with the termination of import, shortages will not occur.

Based on this development, it can be assumed that globalization as we have known it will experience a setback of unknown proportions.

Undoubtedly, it will continue to exist to a large extent as we are simply too far developed to forego international trade and travel, but we will feel substantial differences that might as well start at airports around the world.

The unpredictability of this virus naturally brought plenty of issues to society.

Entire industries had to come up with new concepts to keep up their efficacy and workload, without endangering their workers. Many decided to shift their work into the home office.

Unfortunately, a large number of people were not given such an opportunity in the first place. According to the Center for Infectious Disease Research and Policy, around 20.6 million workers lost their jobs between the start of the pandemic and early May, the highest number since the Great Depression in the 1930s.

Families lost their secure income, economic systems collapsed, and the nation was divided. About eight months later politicians claim the economy is slowly recovering. However, according to surveys, one in four American adults still has a headache paying their bills on time.

The effects on the middle class are hard to imagine, but it remains clear that the economy slid into recession as a result of weakened purchasing power and the immense costs generated by emergency aid and funding.

The longer this recession lasts, the worse and more prolonged the consequences for people and countries will be.

Nonetheless, experts believe that in the long run, the economy will most likely return to its original state without suffering major damages.

A map of projected GDP growth for 2020 according to the International Monetary Fund. According to this graphic, the U.S. is projected to experience a GDP loss of 6.0-7.9% for the year. Graphic courtesy of JayCoop

This prediction, however, is heavily based on the duration of the pandemic and how long it will take people, after it is finally over, whenever that might be, to continue life as before.

Economic turnarounds don’t always have to be negative, though. After all, they can encourage innovations crucial for a speedy recovery.

Working from home, which had its apex during the pandemic, will most likely be just as popular after COVID-19.

Surveys show that many people valued the extra time they had with their families and also reported increased productivity.

Companies could in this way save costs by needing less office space.

Another positive aspect of economic recessions is the fact that they inspire and require innovative progress.

This phenomenon has been observed several times in the past and is known as the “Kondratieff Cycle.”

Based on this idea, every recession is followed by an economic upswing, caused by a fundamental invention.

In the past, those were, for instance, the steam engine, railroad and automobile. They contributed massively to another economic boom.

Kondratieff waves consist of four phases: prosperity, recession, depression and improvement. According to this theory, many important inventions in American history have resulted from Kondratieff waves. Graphic courtesy of Rursus

The latest “Kondratieff wave” — which includes the economic uprise, its apex, and recession of an economic cycle — started with the introduction of information technology, which has been developing since the 1990s.

In recent years, however, even IT slid into recession as its peak is considered to be in the past.

An event such as this pandemic can hence be a promoting factor for the acceleration in progress and inventions.

The past teaches us that such a new economic wave must come, COVID-19 can accelerate this process and ensure a faster economic upswing through innovation.

As for now, technology and IT are still irreplaceable and we sensed that even stronger during the lockdown as it became an important aid for “surveillance,” whether through governmental contact tracing or the monitoring between fellow citizens to adhere to rules.

Before the pandemic, privacy was arguably one of the most important and protected ethical resolutions in a technologized world.

In times of COVID-19, however, it almost seemed to be entirely disregarded.

People’s movements were tracked at all times to track down chains of infection in the event of illness. In theory, this has been an important and correct step.

But the question remains: How will this development continue after the pandemic?

People are slowly getting used to delivering negative tests for travel or submitting personal information for contact tracing.

In the near future, if a vaccine exists, it may no longer be our identification card that will be required at bars and restaurants, but rather, a vaccination certificate to prove our immunity to the coronavirus.

This would be a dangerous development that no longer seems entirely absurd at the time of COVID-19.

Especially in a technological world, like ours, significant attention should be paid to our privacy, not only to protect ourselves but to secure our rights and freedoms as residents of this country.

Well, how will it look, the world after COVID-19? Nobody has a definite answer to that.

Currently, we are in the middle of a pandemic and we must not lose focus on the important, which is fighting this virus to the best of our abilities, without losing many souls.

One thing is for sure, humanity will survive the virus.

And we must be prepared that the virus may be the start of a completely new era in human history.