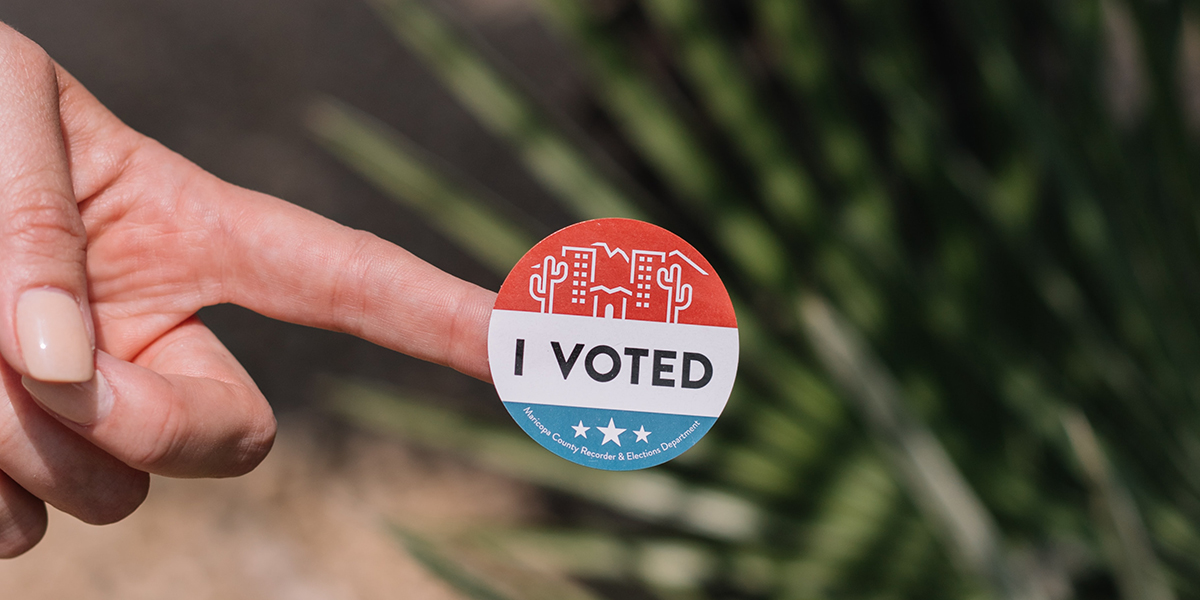 I personally just do not see any sort of good reason for not voting; many of us did not always have the right to vote years ago, so just deliberately choosing not to exercise that right, the right that so many scratched and clawed and fought for YEARS to gain, seems, quite frankly, a little ignorant.

Think about it; for example, as a woman, if I sat back and made some excuse for not heading to the ballot box this year despite the fact that I’m of age and registered to vote, then what did all those suffragettes in the earliest days of our country even fight for? For me to just not feel like participating? Unacceptable.

Same with minorities; the only people who were ever allowed to cast any sort of vote in our country’s democracy were wealthy, white males, which, if you didn’t know by now, clearly led to an imbalance of power and unthinkable inequality in many of the systems that America has in place (corporate, legal, political, etc.). And, we are STILL trying to even out that damage every single day, so why not try to turn the tables as much as you can now?

For those who feel like their vote “doesn’t count” or struggle to choose between candidates for any given political race, I would simply say to you, educate yourself. There are systems in place to ensure that your vote will count (i.e. the electoral college) and now, with the usage of the internet and social media, there is absolutely no reason to not learn about all the candidates you have to choose from.

No matter what kind of biased content the media is showing us on a day-to-day basis, it is up to us as American citizens to do our part by filtering out the fake news from the real news and compiling our own set of information in order to cast a thoughtful, educated vote, no matter how intimidating that might be.

As college students, the world is truly in our hands now, and if you ever feel too overwhelmed or discouraged to make a huge, impactful change in this country all on your own, doing something as simple yet powerful as voting is a fantastic place to start.

College students hold a substantial portion of the United States population. According to the National Center for Education Statistics in the year 2018 only, 19.9 million students have been enrolled at an institution of higher education, which adds up to approximately 6% of the American population.

We can conclude that college students in theory have the power to strongly affect an election to either political side or candidate.

Students are a representation for education, progress and the new generation of a country. Their vote can determine not just the fate of the country in the next four years but can set the political course for the future far beyond the upcoming term. 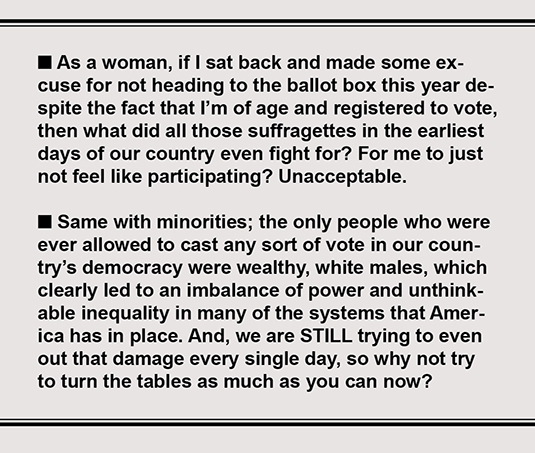 Students have to see the bigger picture and realize this upcoming election isn’t just about voting in the next President but it can determine how their life is going to look like in two decades.

It can be related to the well-known Butterfly Effect: An action or a change that does not seem very important now can result in large differences at some later state.

We’ve all heard the phrase, “We are the future,” and now more than ever with the election coming up that phrase rings true.

15 million people have turned 18 or older since the last election, according to the Washington Post, so how will us young voters affect the election?

To some people voting might be the last thing on their minds, with school and a worldwide pandemic. And for others it might be the only thing.

And whether you agree or disagree with the candidates doesn’t matter. As young adults the decisions you begin to make will start to have an impact on this country.

Whether you vote this election or not is completely up to you, but be mindful that whatever choice you make you will have to live with the outcome.