Can American History be Edited?

Written by MBU Timeline on September 5, 2017. Posted in Opinion

BLOG PART 1: In this first of a blog series, students in the Communications Department’s Basic Reporting and Writing for Journalism class were asked to evaluate recent commentary concerning the delicate and sometimes contentious balance between First Amendment rights and protecting our human sensitivities, particularly in relation to the recent and ongoing removal of Civil War Confederate statues across the nation. 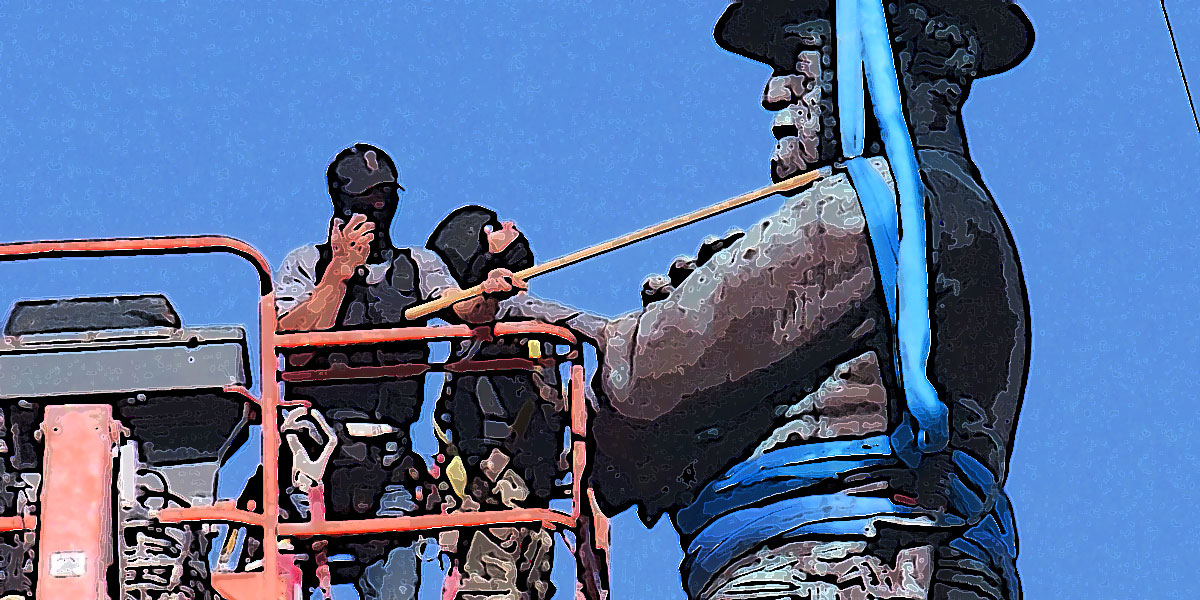 What is right for our country?

There have been at last 60 Confederate statues removed or renamed in our country. The reason could be that the majority of our country believes the ethical thing to do is to remove all Confederate statues. We must ask ourselves what are the immediate and long-term effects if we do proceed to erase that part of history.

Removing all Confederate statues is equivalent to erasing the fact that slavery took place in this country.

The real issue isn’t the actual statues but the symbolism behind them. Confederate statues should not be glorified as American heroes because to some of us, it is quite the opposite.

As a country, we should acknowledge our history and mistakes in hope that we are educated to prevent history repeating itself.

A recent column in the St. Louis Post-Dispatch by Kenneth F. Warren, a political science professor at St. Louis University, mentions the reasoning of why Confederate statues are protected.

According to the Supreme Court, Confederate statues are protected “symbolic speech” and being offensive to some citizens isn’t a valid reason for the removal of the statues under the First Amendment.

The history of the Civil War shouldn’t be erased, but it should be modified to assure that all sides of history are well represented and not biased.

Across the nation, some historical statues are being removed from public areas due to the symbolic ties they have to Confederate America, but let’s take a moment first to ask ourselves, is that really a good thing?

Many praise this as America taking steps to claim accountability for the horrors of the Civil War era state-sanctioned practice of slavery, but an opposing question still arises: Are we, in essence, removing a piece of history from our culture?

In the history of human existence, much evil has been committed.

However, not only as a country, but as individuals, we owe it to ourselves and our forefathers to remember the hardships they endured and the evils they overcame.

As responsible citizens we also have a duty to those who will come after us, to leave a reminder of past evils.

A statue that may be offensive to some can also be used to educate others of what was overcome and what was lost along the way.

It can be said that history is remembered by those who lived it, and taught by those who learned it. Especially in our modern age we have no greater responsibility than to pass on every bit of knowledge we have gained in our lifetime.

Sensitivity and interpretation of the First Amendment of the U.S. Constitution have potentially changed the way the world views the colorful history of the United States of America.

While the hearts of the people behind this movement may be in the right place, the consequences they could be building up to could be extremely counterproductive to their cause.

Destroying these statues in protest against white supremacy issues that have risen in recent weeks may be seen as a strike against racist groups who have become more active.

However, the result has been an escalation rather than a step toward peace.

Whether good or bad, the representation of these statues is one that depicts the truth of an extremely influential and important time in the upcoming of this great nation.

Taking these model representations away could have long-lasting effects on the known history of the United States, as each one taken down is one less reminder and lesson for a student to learn from.

These statues may not represent the idea or behavior that Americans would like to express to each other and the world, but it is something that Americans as a whole have gone through to get to where they are today.

With events like these, the country does not support the racist past of Confederate times, but rather embody the perseverance it has taken to overcome these times.

Now the people have to make the decision to either tear down the truth and reminders of the past they are not proud of, or use them as a model and reminder to persevere onto a brighter future.