Written by Patrick Szymczak on November 6, 2020. Posted in Opinion

Every year over a million students from around the world travel to the United States to pursue a degree at one of the hundreds of educational institutions in the country. Apart from a long flight and a different language, many are not aware of what other distinctions an international student faces in the country of “unlimited possibilities.” 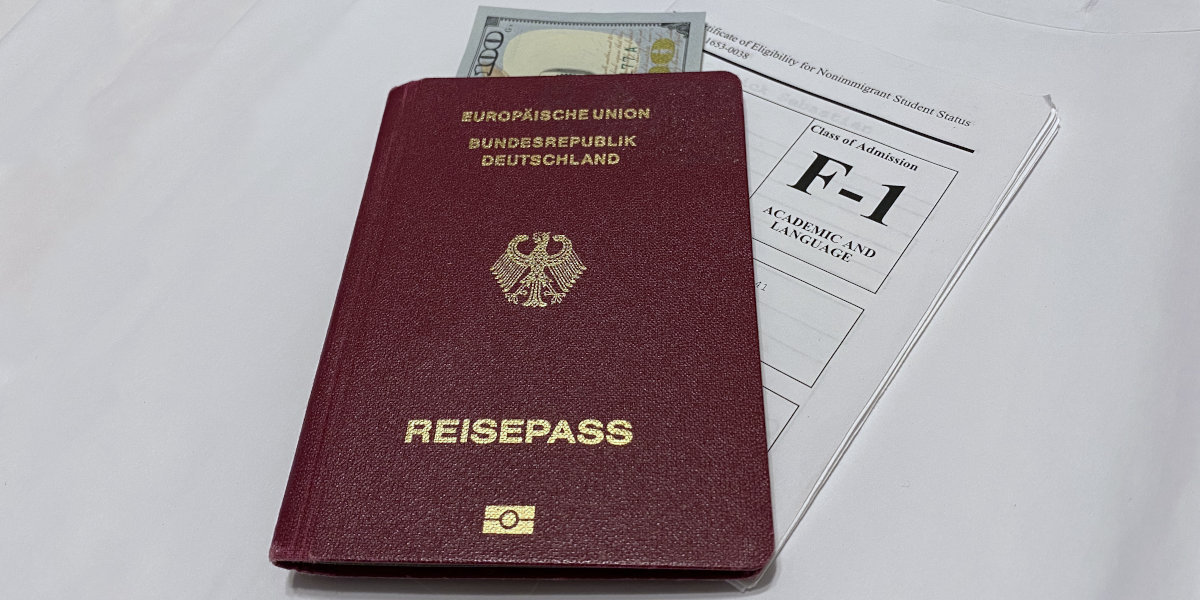 “Your passport, I-20, Visa and fingerprints.” No “Hello.” No “How are you?” No “How was your flight?” That is how a foreign student is typically “welcomed” after a tiring flight when arriving in the U.S.

The immigration process at one of the many international airports across the United States is no joke. Long lines, straight faces and a strange tension in the air that one wouldn’t expect when entering “the land of the free.”

After being cleared for not carrying any weapons or drugs in the luggage (which is almost ironic since both luggage and individual went through security screenings at two airports prior to arrival in the States), the student is allowed to enter.

“Welcome to the U.S.,” says the officer with an undertone of, “Don’t you dare to do anything stupid or we kick you out faster than you can say ‘MERICA.”

With his two suitcases, a carry-on and a backpack the student leaves the airport and there it is: America. The place where it seems like it doesn’t matter how loud your truck is, how many guns you possess, or how old you are when you drive a car, but don’t you dare touch a beer, you need to be responsible for that. Next stop: college campus.

After a couple of days in class and participation in school events, any foreign student usually becomes acclimated to the people on campus and the educational system.

At that point, the student just wishes to also get acclimated to the air-conditioning in his dorm room, which makes him sick enough to see a doctor, where he receives a comprehensive physical exam and is handed a $200 bill because this visit is not covered by the student’s insurance.

So, foreign student, unless you are potentially dying and your trip to the doctor is an emergency, my advice is to just help yourself.

As the semester goes on, the foreign student tries to get to know the American lifestyle better and starts adapting to his environment.

His first course of action is to try to look like an American. In his suitcase below all those nice shirts, various jeans and casual shoes, he finds what he was looking for, a pair of sweatpants.

Very different from home, where students express their respect toward a professor by showing up in a decent set of clothes, in the U.S. universities, sweatpants and T-shirts with the school logo are more than enough, where the new CEOs and world’s scientists are born.

After 16 weeks, classes finish up and the student reflects on the semester on his way back to the airport.

“What have you learned? What are you bringing back home?” are questions mom is probably going to ask. And he wonders. He has a whole new set of skills to offer: Water pong and frat parties are some of the top things he proudly thinks of.

And the thing he is bringing back home is an exemplary souvenir in the form of his “Freshman 15.” Mom is going to be proud.