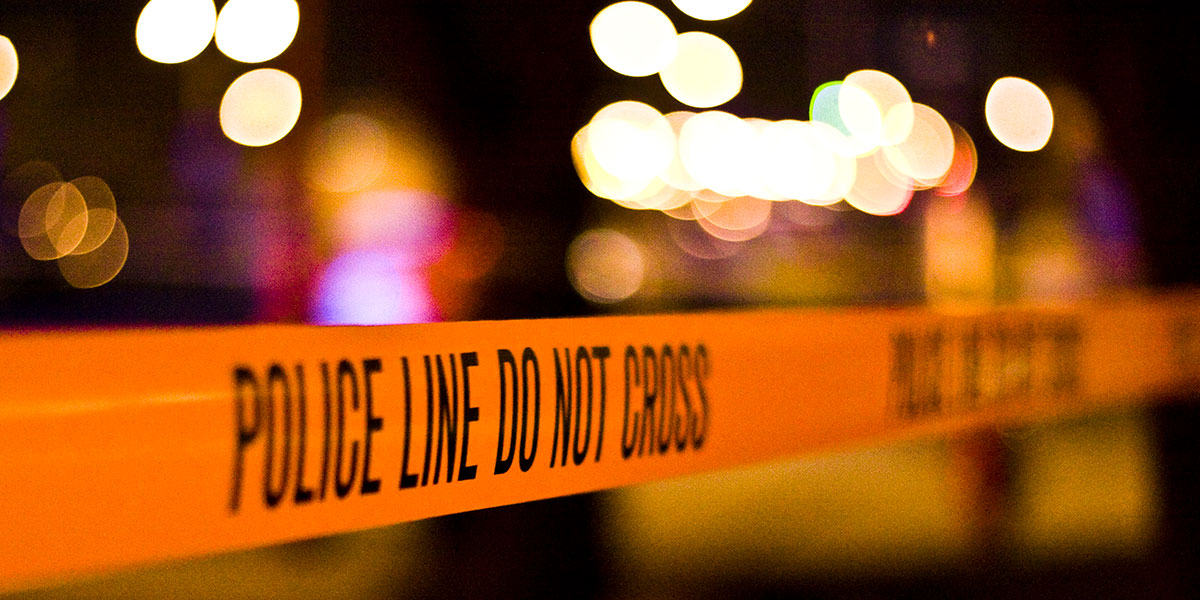 I had never seen so much blood in my life. It seemed to keep flowing out like a crimson fountain.

My stomach started to turn, the sheer gravity of what just happened had not fully taken effect in my mind, as I was trapped in a state of paralysis that forced me to stare at this motionless body.

It was only the sudden screech from a car speeding off that allowed me to snap out of this paralysis and realize what just happened.

On a warm fall day in 2001, a murder was committed right in my front yard, which I witnessed just feet from where I stood.

I remember the scene as if it were yesterday instead of nearly 18 years ago.

I can remember tossing a football around with my friend Don, who was 7 years old, the same age as me, having a great time, when seemingly out of nowhere two cars raced onto our street and parked abruptly.

Two older guys from the neighborhood got out of their cars.

Immediately, Don and I realized it was his brother El, and we wanted to greet him like usual, but I think we both sensed it was not the proper time. Immediately El and the other man began arguing about something, which went over my young head.

Don and I looked on as the two grown men shouted at each other, then suddenly El punched the man in the face.

The man’s response was to pull out his gun, which was not that big of a surprise to Don and I. We had seen weapons before just living in the neighborhood. However, we were not prepared for what happened next.

The man paused for a second when he pulled out his pistol, as if he was questioning his decision.

He made his mind up quickly, because the next second he pulled the trigger.

The sound was so loud, I could feel it reverberating in my bones. I remember thinking, “Guns sound a lot less scary when I hear them around the corner or down the street.”

The bullet pierced El’s torso and he instantly dropped to the concrete, without even so much as a faint scream or groan.

As I stared, my attention was abruptly moved to the the car the man ran to as he raced off down the street. This is what finally brought me back to reality so I ran into the house, and Don did the same, undoubtedly for different reasons.

While I ran back to hide and find comfort from my parents, Don ran to tell his parents that his brother had been shot and likely killed. I couldn’t imagine the state of his psyche in that moment.

While it is no secret that South City, St. Louis, has a high crime rate, especially around the Gravois Park area, sometimes those high figures do not really hit home until you witness them first hand.

Having been only 7 years old at the time, there was frequent crime in my neighborhood that went over my head and unnoticed, however, I was not completely ignorant to it either.

In my limited understanding this lawlessness was just normal, I rationalized in my young mind that “this is the way life is.”

All of that was changed when I saw the big brother of my friend laying on the ground in a puddle of his own blood.

As the blood began to meander through the cracks in the concrete, my eyes followed the red stream as I started to have this ominous feeling looming over my head, accompanied by a voice in my subconscious.

“You could be next.”

Up until that point I never thought that I could die. I’m sure I was old enough to understand the idea of death, but the possibility that I could die was never a thought in my undeveloped mind.

The voice that was in my head manifested itself into something much more real than just a faint, whispering voice in my subconscious. I began to have dreams in the days following the murder.

In my dreams, a particular recurring scenario would play while I slept: the killer would come back to our street looking for Don and me, to make sure there were no witnesses. These dreams and thoughts would play over and over and keep me up at night while I pondered what to do about what I had seen.

“This place … I have to leave this place, this is not the way life is supposed to be.”

This was the only conclusion I could formulate. I decided I would avoid the fate of El and his killer, avoid being like all the criminals in our neighborhood.

Arriving to that conclusion took the unconventional path of witnessing a murder, however, it was this realization that pushed me down a better path than the one I was currently going down.

In a way, I owe many of my accomplishments and my current mental state to the fracturing of my mind when I was just a kid.

While murder is never a good thing, the internal lesson and rationalization I created in my undeveloped mind helped me escape a history I was certainly doomed to repeat.