Written by Jerason Gines on December 9, 2013. Posted in Opinion

Jerason Gines reflects on family members’ accident and the importance of cherishing the people in our lives. 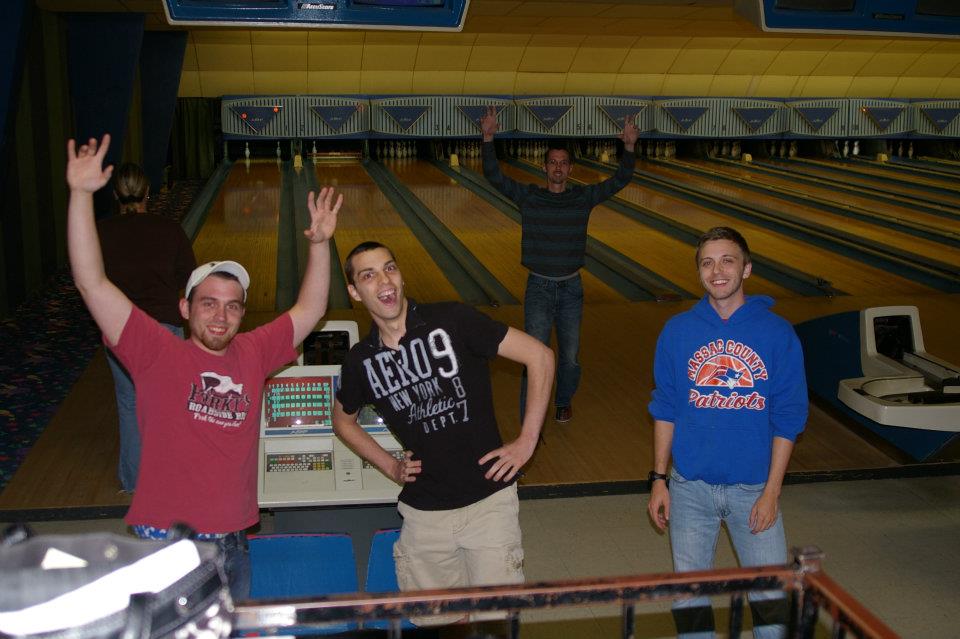 The family remains close after a frightening accident.

Note from the Author: As Christmas approaches I am reminded of a terrible day when I was 5 years old and my family and I were taught that each day we should count our blessings and be thankful for what we have and who we have in our lives.

For many the babbling brooks and wonderful scenery of the New Columbia hills can calm and clear your mind, but for two brothers the hills are a constant reminder of a fight of a lifetime.

Jeremy Hunerkoch, 18, and Justin Hunerkoch, 6, were enjoying the clear spring weather when suddenly their day of brotherly bonding changed their lives forever.

“Before I knew it I was underwater and could feel the four-wheeler’s weight on top of me,” Jeremy Hunerkoch said as he recalled the horrifying incident which happened May of 1996.

The two brothers were on an old family four-wheeler they had ridden countless times before without any unexpected incidents.

As they made their way up a small hill in their front property, panic came over Jeremy Hunerkoch when he noticed that the four-wheeler was on its back two wheels and falling rapidly backward.

“There was nothing I could do but try and keep the four-wheeler stable and guide it back down the hill before it flipped,” said Jeremy, but to his dismay the four-wheeler did flip and sent the two brothers in a dangerous tumble.

When the brothers hit the bottom of the hill, they landed underneath the weight of the 500 pound ATV and were sinking to the bottom of a small creek bed with their heads and bodies completely submerged.

“I was young so I don’t recall much of the incident, but I do recall the fear I felt as a 6-year-old boy hanging on to what I thought would be my last breaths,” Justin said as he recalled laying helplessly underneath the water’s surface.

Just when their situation seemed grim, Jeremy Hunerkoch summoned everything in his body and tried to push the ATV off of him and his younger brother, using what little strength he had left.

The adrenaline was flowing and desperation had completely taken over his body, but Jeremy was finally able to wiggle out from underneath the four-wheeler and rescue his adolescent brother.

As Jeremy ran back toward their house, carrying his younger brother, he began yelling for their mother, who had heard the commotion and was franticly looking for the boys.

“The only thought I had was that I had killed my little brother and it was all my fault,” said Jeremy Hunerkoch, who at the time did not know whether or not his brother was unconscious or lifeless.

Patty Hunerkoch, the boys’ mother, found the two boys and quickly took control of the situation, assessing them for injuries and reviving Justin back to consciousness.

“So many emotions went through my mind when I caught up to the boys, but the first was that I had to make sure they were OK, that was obviously the most important,” said Patty Hunerkoch.

Thankfully Dr. Thomas Staton assessed both boys with only minor injuries and both have a much-deserved respect for ATVs and other large off-road vehicles.

None of the family members will ever forget this day and the brothers will always remember the day they fought for their lives and came out stronger.

Jerason Gines is Managing Editor for MBU Timeline. Gines is a junior majoring in Public Relations. He is a member of the men’s volleyball program and works as a student ambassador for Missouri Baptist University. After graduating, Gines would like to pursue a career as a magazine editor.