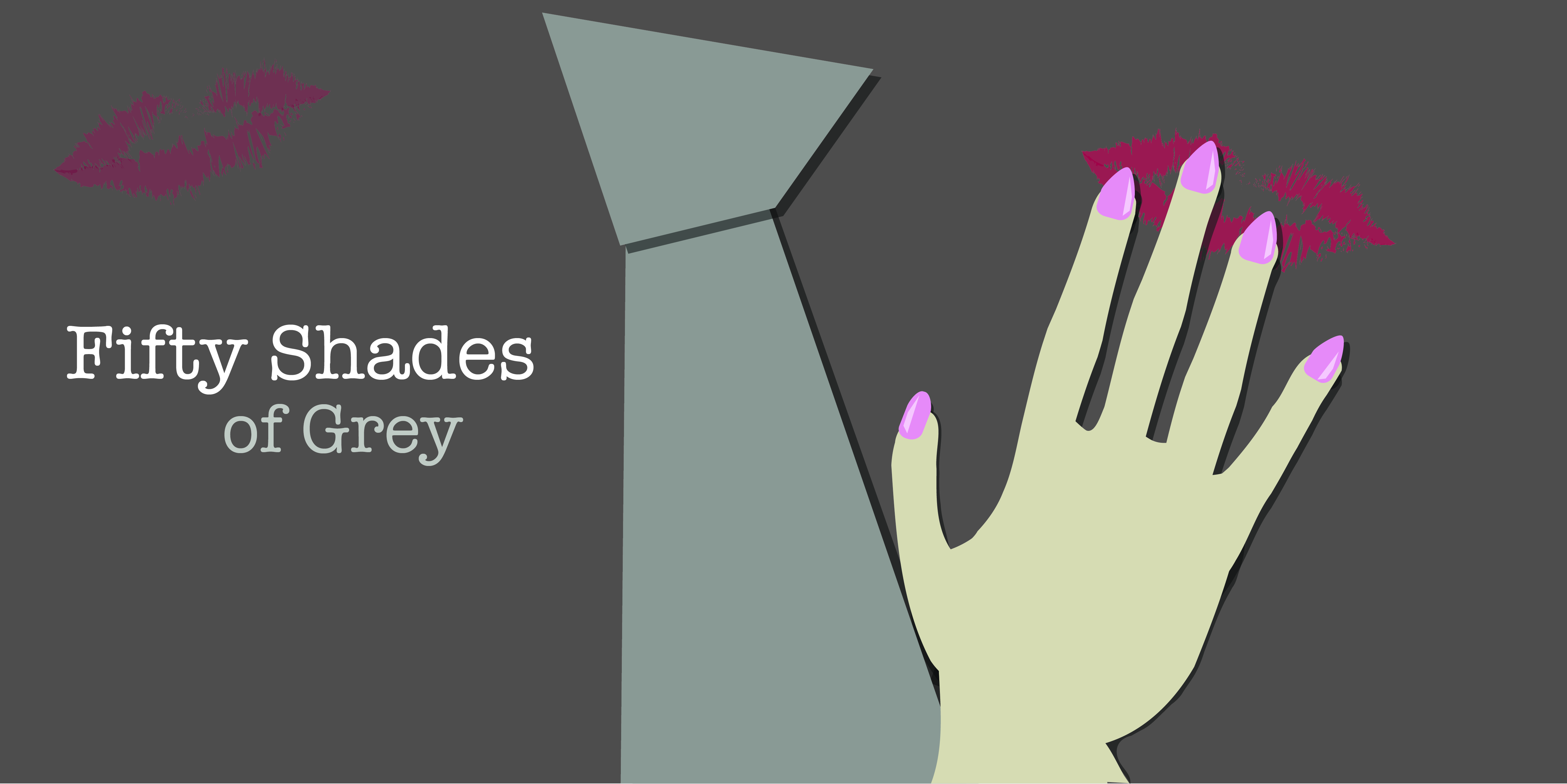 I was a graduating high school senior in 2011 when the book, “Fifty Shades of Gray” was released, and I’m going to be completely honest when I say, I could not have cared less.

I vaguely knew it was a romance novel but nothing more.

Part of me expected there to be a picture of Fabio on the cover when I first saw it on shelves at Walmart.

All I do know is that recently every other post on my Facebook has been about “Fifty Shades of Grey.”

Whether it’s someone who is wildly excited about the premiere, a media website giving insider information on the process of making the movie or one of my fellow Christians reprimanding anyone who claims to like the franchise, “50 Shades” is everywhere.

So, this is why I think everyone should just calm down and stop talking about it.

1. If you sensationalize it, they will come.

If there is anything I have learned through the past year of Biblical-themed movies flooding theaters, it’s that the more Christians talk about the movie, the more likely people are to go see it.

If it’s causing turmoil in the church, you can pretty much guarantee that it’s going to appeal to the outside masses.

The movie, “Noah” had very little to do with the Bible, so naturally, Christians had to make a big stink out of it.

No one claimed that it did.

One of the director’s previous movies was “Black Swan,” do you think he is concerned with being Biblically accurate?

The fact of the matter is that our culture thrives on turmoil and the more you focus on telling everyone why they shouldn’t do something, the more likely they are to defy you and do it anyway.

Because, regardless of the content of the books and movie, if Kim Kardashian says it’s good, then it must be good. Right?

2. Writing a Facebook status doesn’t make you an activist.

There is no grey area here.

Writing a strongly worded Facebook post does about as much good as yelling at a tree to get out of your way.

That, my dear friends is called, slacktivisim.

Believe me when I say that I’m preaching to the choir on this one.

I am guilty of hiding behind my blog on multiple occasions and waiting for some big thing to happen.

I have an ugly truth for you.

Women who are trapped in domestic abuse could care less that you are outraged by “Fifty Shades of Grey.”

If you have such a strong compulsion to do something about abuse, then actually do something.

Go join an organization that helps women get out of abusive relationships, donate money to safe houses or battered women’s shelters.

That does no one any good.

3. If you think the relationship portrayed in this series is good … there are other issues we need to deal with.

Besides being a man who beats women to a pulp for pleasure, Christian Grey is also socially closed off, has extremely low self-esteem issues, the emotional stability of a fourth-grader and tends to err on the side of creepy stalker.

Numerous times in the book, the female main character calls him her “Mr. Mercurial.”

In case you don’t know what exactly that means, let me give you a list of synonyms: volatile, temperamental, inconsistent and unstable.

Is this the type of person you would like to willingly enter into a relationship with?

I think that for the most part people would say absolutely not, which is why there is no reason to continue telling us all why Christian and Anastasia’s relationship is anything but wholesome.

4. I, and many others, are tired of hearing about it.

I think I speak for the majority of America and quite possibly the world when I say, please for the love of all that is good, stop talking about this series.

There have been so many more well-made, intelligent and pioneering films in the past year.

Instead of watching another series about a helplessly plain, shy girl falling in love with a moody and unpredictable stalker-type man (“Twilight,” anyone?) watch “The Hunger Games,” where the female main character just flat out doesn’t need a guy.

Or watch “The Imitation Game” and stretch your thinking while staring at Benedict Cumberbatch and being amazed at Keira Knightley’s intelligent mind.

Frankly, at this point I don’t care if you want to go see this movie.

I hope you get your money’s worth.

I’ve read reviews and apparently the movie is not as vulgar as the book but most also say that the movie is punishment in and of itself.

It’s your prerogative as an American citizen to watch and read and express yourself however you want.

All I want is a break from the incessant nagging both in favor and against this series.

I am 50 shades of done with “Fifty Shades of Grey.”