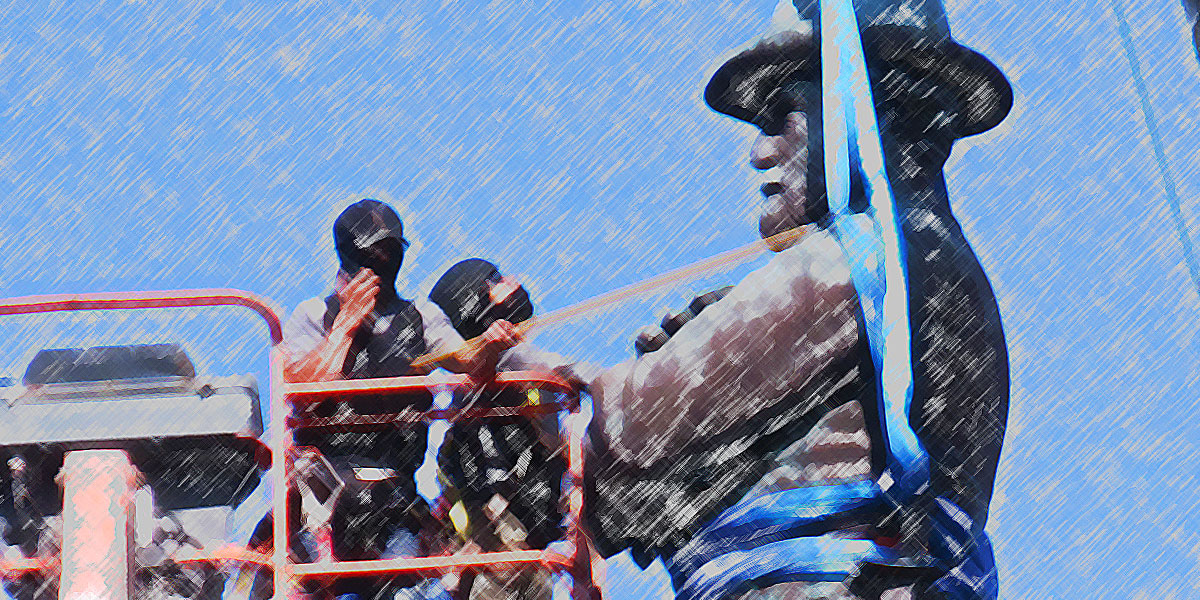 It is no secret a hot topic in American culture today is the removal of historical statues in towns all across the country that could be deemed as “offensive.”

Have we as a society become so insecure and prideful that we can not even own up to our own nation’s history?

What will happen to our history books as the the statues come down and the years go on and we try and deny the truth of our past?

Offensive or not, the facts of history remain true. However, that does not mean our heinous acts of the past should be glorified by these statues built in their honor.

It is OK to disagree with what those of our past did. All of America should agree that slavery was a horrific and shameful thing our ancestors did.

Even so, that does not give us as the current U.S. population the right to try and erase history just because we don’t agree with it now.

A recent column in the St. Louis Post-Dispatch by Kenneth F. Warren, stated, “Let’s face it, we are a bunch of hypocrites arguing that speech should be protected when we want our message advanced, but quick to condemn freedom of expression when we do not like the message.”

Our ancestors had an agenda and honored their heroes with these statues. Just because their agenda back then and our agendas today are not the same does not mean we can try and slowly wean these facts out of our history books and act like they never happened.

We are all the true definition of hypocrisy.

Since 1931 federal court rulings have repeatedly deemed symbolic speech as protected by the First Amendment, despite whether or not it may be offensive to others. This includes artistic expression such as photographs, paintings and statuary.

Would I like for the statue of Confederate Gen. Robert E. Lee to be removed? Yes.

However, do I believe that its removal goes against our most precious freedom as human beings? Yes.

This past January a high school student painted a picture of Ferguson protesters confronting piglike images of police, resulting in Republican U.S. Rep. Duncan Hunter removing it from the walls of a congressional hall.

I would have been outraged by this act, as it violates our First Amendment rights, however, I am silent as debates rage on over the removal of a statue of Gen. Robert E. Lee.

There will always be those who look up to the statue, but I believe there are more who will use this statue as a reminder of who fought for hate and racism, not for who fought for “southern pride.”

You can fix ignorance.

But you can not fix stupidity.

In the opening remarks of a recent column by political scientist, Kenneth Warren, he addresses the ongoing topic of removing Confederate statues: “Any attempt to force their removal would seem to constitute a violation of their First Amendment protections.”

After much thought and discussion in class, it seems to be there is a consensus about how to handle this rising social and political hot-button topic.

For the most part, our class seems to agree that removing the statues as a whole would be to almost try and eradicate a very important part of our nation’s history.

But, as an answer to this rising issue, we agreed that rather than getting rid of the statues, it would be better to start the conversation in a new way.

Instead of talking harshly and, quite literally, tearing down the Civil War and the leaders of the Confederacy, we should be presenting the history in a light where citizens can create their own thoughts and opinions on this rather heavy subject.

The statues of the Confederate leaders are seemingly safeguarded as protected symbolic speech, under the many federal court rulings over the last half century.

To tear down these statues and downplay the Confederacy would be to annihilate a rather large portion of our nation’s history.

There is a fine line between exercising your freedom of speech and disobeying the law.

We have recently been hearing about protesting and rioting that seems to be the topic of most headlines.

But where is the line considered crossed?

Peaceful protesting, such as marching or respectfully voicing your opinion outside of city hall, is your First Amendment right.

However, burning buildings to the ground, stealing or hurting one another is crossing the line.

When you are intentionally putting another human being in danger, or threatening to do so, you are now breaking the law.

Harming other people in order to get your point across is inappropriate and uncalled for.

Taking down monumental statues will not change history, or the horrible things that had been done.

Taking down the statues will not rewrite the history books, or change what is taught in schools.

These statues represent historical figures who helped shape the country we live in today.

We want so badly to erase history, and act like things never happened, but our generation has the ability to choose what future generations learn about.

We are so offended by events that took place in the past, but we are unfortunately repeating history.